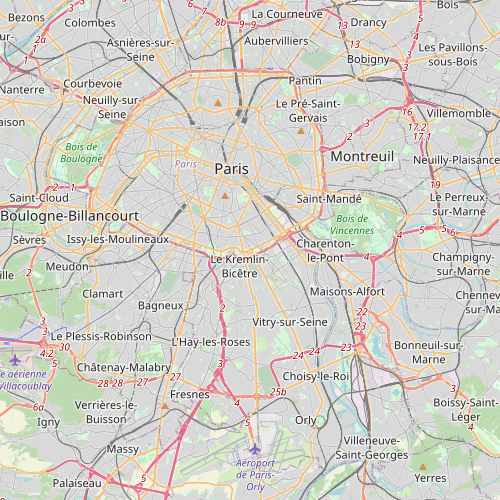 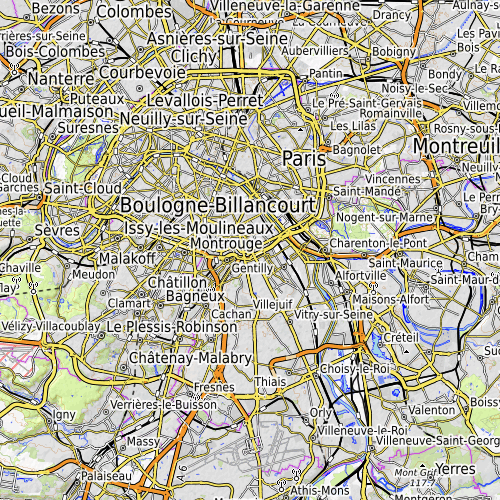 rlayers is an opinionated set of React components for OpenLayers.

Long term support of this project

The birth of this project is related to a huge extortion in the geography community linked to a sexual harassment affair covered up by the French Judiciary. It is maintained as a free service to the geography community so that it can remain as a remainder to a number of companies - including Camptocamp, ESRI, Mapbox and Makina Corpus - that the most noble way to claim size bragging rights is to produce good software. You can safely use this framework in your projects, be assured that it will be maintained very well and for many years to come. It's companion project on the server-side is gdal-async.

Among the completely free and open source alternatives for creating maps with React, on a scale going from the most light-weight to the most feature-rich solution, rlayers is the right-most one.

It offers the full power OpenLayers - dynamic reprojections, comprehensive event handlers, a very rich set of supported formats, interfaces and layer types and a very good performance for very complex maps. This comes at the price of a quite significant total bundle size.

OpenLayers and React are peer dependencies and should be installed separately.

When using dynamic styles with React 18, you may get a warning in the console in debug mode: https://github.com/mmomtchev/rlayers/issues/40. You can safely ignore it as has no functional consequences - React 18, including the concurrent renderer, is fully supported.

rlayers is a set of reusable React components that can be nested in various ways to create map applications for the web through React composition in the true spirit of React. The components are based on a simplified model of the OpenLayers classes: for example the layers and the sources abstraction levels have been fused into one single level and the map and the view are also represented by a single component.

This is the simple overlay example - https://mmomtchev.github.io/rlayers/#/overlays

You can also check the GPLed XC-DB for a larger and more complex project entirely implemented using React, Redux and rlayers.

Composition works by using React Contexts. Every nested element uses the context of its nearest parent.

Currently a context has an RContextType and can contain the following elements:

The underlying OpenLayers objects can be accessed in a number of different ways:

Style definitions can be placed anywhere inside the DOM and can be referenced with a React reference. rlayers includes two special types for dealing with styles:

A style can either be static or dynamic. A static style depends only on its properties. A dynamic style is a function that takes an OpenLayers Feature object as its input and returns a Style. A dynamic style creates a new object for every rendered feature, so this must be taken into account. A simple caching mechanism is also provided, based on a user-supplied hash function. It can greatly improve performance when the majority of the features use relatively few different styles.

You can refer to

Classical OpenLayers StyleLike objects are supported too, but this is not the React way. Still, if you need every last bit of performance, writing an optimized OpenLayers style function is the best solution.

React is a wonderful framework that makes it very easy to write complex web applications without having to manually handle all the interdependencies between the various components. This is the reason why it is called React - components automatically React to changes in other components. In the true spirit of React, rlayers prefers to err on the safe side - always updating when there is a chance that the component needs updating - making it easy on the beginner who wants simple interface while still allowing the experienced engineer to achieve the performance he needs.

When high performance is required, particular care must be taken that the component properties do not change without a reason. This is especially true when the pointermove event is used. In these cases one should avoid using anonymous objects, arrays or functions as properties.

Take for example this:

This is a feature that will be re-evaluated at every frame. Its geometry appears to be a constant, but it is in fact an anonymous object that is created at every frame - even if it always holds the same value. Passing a constant is one way around this, but the true React way is using the two tools React provides: React.useMemo and React.useCallback. They memoize the value and take care to always return a reference to the same object unless one of the listed dependencies is modified.

This is a much better performing code that won't rerender the feature component:

Anonymous objects, arrays and especially lambdas in the properties of a component are prime candidates for memoization. Sometimes, you can also memoize whole components or groups of components - for a very significant performance boost.

Generally, if you are binding code to the pointermove event and your performance is not good enough, this is the first thing you should be looking at - which components update at every pointermove and why.

These 3 examples run code on various high-frequency events, take a look at them:

The examples can be found here: https://mmomtchev.github.io/rlayers/

When using with Next.js, you have to install next-transpile-modules:

And then create the following next.config.js:

It is known to work with Next.js 10 to Next.js 13. You can check rlayers-npm-tests repository for examples for working configurations.

The best solution is to use a WMS-compatible server (such as Geoserver) and to serve prerendered maps over WMS - eventually replacing the initial image by a canvas.

An intermediate solution, which does not require extensive server-side investment (such as Geoserver), but is limited to static layout(s), is to prerender one (or one per screen size) image to be used as a temporary place-holder until the map is loading. In this case, at least some devices, will get an ugly looking map for the first few seconds.

Pushing the initial tiles is also an option:

Currently, server-side rendering of raster layers on fixed map sizes has reached POC status and an online demo is accessible at https://rlayers-ssr.meteo.guru/. The code can be found in the ssr branch of this project. The next.js project can be found at https://github.com/mmomtchev/rlayers-ssr-demo.git. This is still not a user-friendly, install-and-run project. Take a look at pages/index.js if you want see how it is meant to be used.

As of March 2022, SSR support is stale and I am not working on it anymore.

You can browse the full documentation at https://mmomtchev.github.io/rlayers/api.